Child adoption in Thailand is the legal act of placing an adoptive child with adoptive parents, rather than with the child’s biological parents. An adoption order will result to the disconnection of the parental responsibilities and rights of the natural parents, and transfer those responsibilities to the adoptive parents. Consider also the children when drafting a last will and testament while in Thailand.

Currently, there are two types of adoption in Thailand:

Preliminary Qualifications for an Applicant for Child Adoption in Thailand:

Foreigners who have temporary residency in Thailand with proof such as work permit, issued by the Labor Department of the Ministry of Labor of Thailand, showing residency of at least six months prior to the filing of the application and able to complete the six month period of pre-adoption arrangement in Thailand, may submit the Thai Adoption application to the Child adoption Center of DSDW together with the required documents certified by their respective Embassy or Consular in Thailand.

The Child Adoption Center of the Thai Department of Social Development and Welfare (DSDW) is the government agency in charge of monitoring all child adoptions in Thailand. All their activities are approved and supervised by the Child Adoption Board of Thailand. 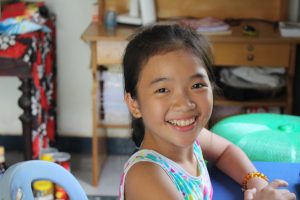 Much different from other international programs, Thailand’s adoption process involves a high level of inconsistency. The process varies depending on the adoptive parents’ country of origin, the agency you are working with and the Thai placement officials they are working with, the age and different needs of the child that you wish to adopt.

Adoption agencies can submit their information directly to the DSDW for review and child assignment, or they could send them to one of the for non-government organizations (NGO) licensed to make direct placements for Thai children qualified for overseas adoption: these agencies are the Thai Red Cross, the Holt Sahathai Foundation, the Friends for All Children Foundation, and the Pattaya Orphanage.

The Thai Red Cross manages an orphanage in Bangkok, technically known as the Thai Red Cross Children Home, and places children from that orphanage. Holt Sahathai usually works with mothers directly, and does not function as an orphanage by nature; released children are in foster care. Friends for All Children Foundation operates and orphanage in Bangkok and also monitor kids in foster care, specifically in the Chiang Mai area.

The Child Adoption Board and DSDW oversees all adoptions, including those where placements are made by selected NGOs. Independent adoptions can be legally attained but are somewhat troublesome unless the family speaks Thai and is living in Thailand. Child Adoption in Thailand is a complicated process and it does take time. 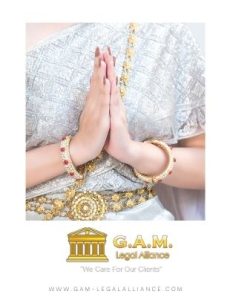