Home » Thai Marriage » You are reading »

Considering marriage in Thailand starts here today! When foreigners wish to marry a Thai citizen, the foreigner must obtain some documents, such as an affidavit to marry or freedom to marry or statutory declaration, from his consulate or embassy in Thailand and have these translated into Thai language and submitted for legalisation at the Thai Ministry of Foreign Affairs. A registered marriage with the Thai authority is a valid marriage in most other countries. Most embassies give out information about the marriage and its procedures in Thailand, and help out with the documents needed to register a marriage in the country. 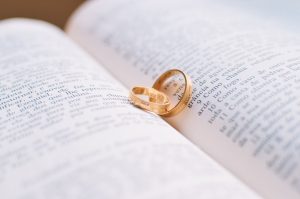 There are two types of Thai marriage.

The first being the Thai traditional or Buddhist style of marriage ceremony, and the second would be the official procedure of marriage where your marriage is officially registered by the local authorities. Traditional marriage in Thailand is explained further.

The traditional Buddhist style of marriage usually takes place prior to getting married legally, so this type of marriage still has no legal papers signed, and is only done to show respect to the family of your Thai partner and also is under a the Thai tradition to go for a Thai ceremony.

This celebration usually require starting the day early to prepare the event including starting a parade away from the house of your Thai partner. This is done by the groom and the males attending the wedding to have a procession carrying gifts and a dowry, which is money offering agreed by the parents of your Thai partner before the wedding takes place. Marriage registration is explained further so you can understand the process of marriage in Thailand.

This tradition being traditional marriage in Thailand has been around for centuries and is a sign of respect, and is believed that the groom is taking the daughter away from being employed so she can no longer work if you will be having children in the future thus cannot be able to support her parents without employment. Some foreigners are not so open to this idea, but apparently dowry is still given 95% among Thai traditional marriages. The procession ends at your Thai partners’ home where you will be met by strings, which will only be taken away after you give a money offering to the elders of the village or the Thai partners‘ family.

You are then allowed to sit with your bride-to-be and it is then that you will give offerings and food to the 9 Buddhist monks who will bless your marriage with holy water and chants. After this, you will then give the dowry and gifts to the Thai brides’ parents, which normally includes money and gold, depending on what you have agreed upon prior to the wedding proceedings. Afterwards, you will normally do the water pouring ceremony which includes everyone attending to pour water on your clasped hands as a sign of respect, and the person pouring water is a gesture of giving you their blessings and good luck for the future.

Following this service, you will then be taking many photographs and eat lunch as the party begins where everyone celebrates your marriage. This celebration should be done from respect and for the Buddhist blessings for your future. For some it is done before the Thai legal marriage and for others this process is done after the marriage registration at the district.

The second type of marriage is the one which is legal binding. Marriage in Thailand for foreigner couples or Thai-Western couples, or even Thai nationals is easy to arrange and quick to accomplish. The legal marriage registration can be made at any district office in any province, on any working day between 8AM to 3PM. Complete you marriage in Thailand today!

Thai Marriage
Thai Prenuptial Agreement
Prenuptial Advantages
Thai Dowry (Sin Sod)
https://www.thailand-familylawyer.com/marriage-in-thailand.htmlhttps://www.thailand-familylawyer.com/wp-content/uploads/2018/09/marriage-thai-1024x681.jpeghttps://www.thailand-familylawyer.com/wp-content/uploads/2018/09/marriage-thai-150x150.jpeg2018-09-14T04:02:20+00:00admin07Thai MarriageThai Immigration,Thai MarriageConsidering marriage in Thailand starts here today! When foreigners wish to marry a Thai citizen, the foreigner must obtain some documents, such as an affidavit to marry or freedom to marry or statutory declaration, from his consulate or embassy in Thailand and have these translated into Thai language and...admin07 AdministratorThailand Family Law
Thai Immigration, Thai Marriage
Marriage Registration in Thailand »