The easiest you can find is an uncontested divorce in Thailand. Dissolution of marriage is possible in Thailand by means of filing for a Divorce. If both parties have agreed on acting on the divorce, it is known as Uncontested Divorce or Divorce by Mutual Consent. The other type is the Divorce by Court Judgement which is applicable for those who have issues that needs to be settled or one spouse has grounds for divorcing the other. 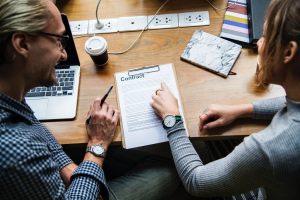 The most important aspect in this type of divorce is that both parties mutually agree to act on it. Divorce by mutual consent simply means that both spouses have agreed upon and is seeking for the dissolution of their marriage. It is not a forced decision made and freely agreed by both.

To register this type of divorce, the couple needs to register at the Local District Office where they had their marriage registered, or at the Register Office of the same province where the Thai spouse is residing. Documents that are needed to be submitted are the marriage certificate, Thai national ID, House Registration Certificate and the passport of the foreign national. Any marriage settlement should be filed at the local district office at the time upon registering the divorce. The uncontested divorce in Thailand is the easiest and least costly.

Court settlement is required for couples who have agreed to divorce but has certain issues regarding the division of their properties, child custody and child support including visitation rights. The court will be assigned to make a decision and issue an order regarding the settlement in which both parties must observe such judgement. Court intervention is also needed for those wherein only one party is filing for the divorce under certain grounds.

For intercultural marriages that have been registered in Thailand, the same conditions and requirements apply. Both the Thai and foreigner parties should file a divorce at the local district office. A divorce certificate will then be issued the same day if there is a settlement between the two parties regarding their conjugal properties including child custody.

If the place of marriage is overseas and one party is a Thai national, they should make sure that the marriage was reported at the local district office of the same province where the Thai party lives. If the marriage has been reported, and both parties agree on the divorce, the Thai-foreigner couple could then proceed to the district office and file for a divorce. Uncontested divorce in Thailand does not take much time compared to divorce litigation.

If the marriage was not reported in Thailand, then they need to report the marriage registration first at the district office in Thailand. They need to have their marriage certificate translated into Thai, and have it certified at the Ministry of Foreign Affairs for it to be legally binding and to ensure that the translation is correct to be used and recognised overseas after.