Thai Dowry (Sin Sod) is explained as follows. Thai dowry is one of the most discussed issues amongst foreigners in the internet throughout Thailand. The Thai Dowry System is called “Sin Sod”. Traditionally, the groom is supposed to pay a dowry to the family of the bride-to-be, to compensate them for losing their daughter. The dowry is also to establish that the groom is financially able to support all the needs, financially and able to take care of their daughter, as a whole. 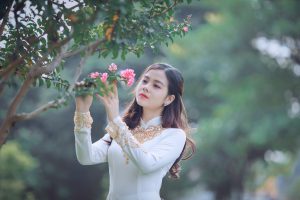 The idea of “paying” for your bride is deeply lodged in Thai culture and is absolutely considered as a standard. For some, they are still not open to the idea as foreigners are not traditionally in practice of such dowry system. For other foreign culture in view of the fact that most believe in romantic love, most believed and are more focused that monetary attributes has nothing to do with it. Usually, the dowry is just symbolic and will be returned to the couple after the wedding whether a portion of it or the whole amount depending on what has been agreed. The same goes for Islamic marriages and Thong Mun.

Most Thai parents view a marriage as being based on financial stability as they want to make sure that their daughters are secured when entering a commitment in marriage. At which, dowry or Sin Sod is being implemented and practised. Most Thai family, traditionally, would wish their daughter to get married to someone who is not interested in the financial security of the family and thus, paying sin sod to the parents. Thais are closely bonded and children take care of the family until the retirement years.

Many have misunderstood a marriage ceremony and Thai marriage registration. A marriage ceremony can be held at any location couples wish to celebrate their commitment together with friends and families. This celebration normally happens in hometowns of their Thai fiancées or maybe in a restaurant, hotel or resort.  And there are no district officers present at the time of the said celebration. This event mainly focuses on celebrating with family and friends with some traditions being performed.

However, for the legal marriage registration, it is usually performed at the district office, most commonly known as “Amphur”. There is a complete process that involves which has been mentioned above from the respective embassies, district office and to the Thai ministry of Foreign Affairs. Take proper advice when it comes to Thai Dowry (Sin Sod) as there can be issues.